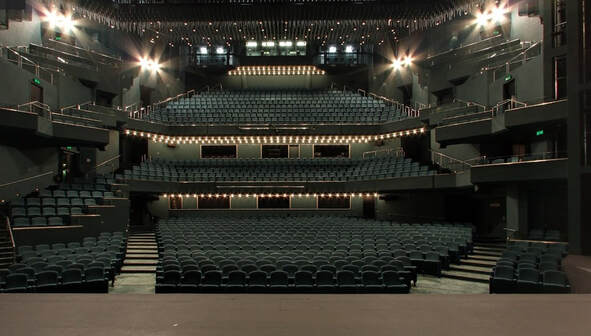 The Hong Kong Academy for Performing Arts (HKAPA) was established in 1984, and it is currently the leading performing arts conservatory in Hong Kong. The School of Music offers Diploma, Bachelor, and Master's degrees in Western and Chinese instruments, voice, conducting, composition, and electronic music.
​
The School of Music holds over 200 concerts and welcome over 90 international artists each year. The academy is also the home of multiple world-class performance facilities, which include studios, theatres, and concert halls. The main campus is located in Wanchai, while the Béthanie Campus houses mainly the School of Film and TV.
​

The University of Hong Kong (HKU) is the oldest tertiary institution in Hong Kong. Admission to the University is very competitive as it is one of the most prestigious universities in Asia. The Department of Music was founded in 1981, and it is part of the School of Humanities under the Faculty of Arts. It is also affiliated to HKAPA.

The Chinese University of Hong Kong (CUHK) is the second oldest institution in Hong Kong, founded in 1963. Four Nobel laureates are associated with this university. The Department of Music was founded in 1965, and It was Hong Kong's first degree-granting music department.

In the BA in Music program, students take instrumental lessons and general music subjects. At the end of the 2nd year, students will choose to major in one of the four streams, namely Composition, Pedagogy, Performance, and Research. The department also offers postgraduate degrees by research in Musicology and Composition, and MA in music by coursework.
​