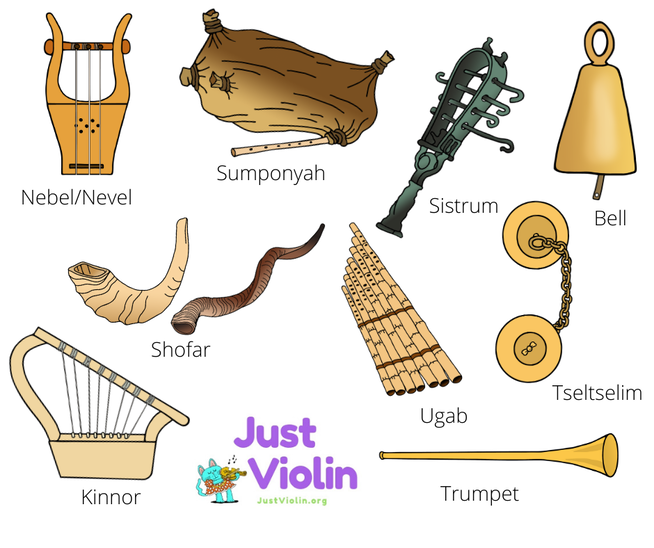 ​
​The harp (kinnor in Hebrew) is the national musical instrument of the Hebrews; it was invented by Jubal and used as an accompaniment to Hebrew songs such as praise to God. The psaltery, zither, dulcimer, and lute are other types of string instruments used in the Hebrew tradition.

The horn is named shofar in Hebrew because of its bright and clear sound. It was not only used as a musical instrument, but also used metaphorically for strength and honor, as emblems of power. Trumpets came in a large variety of forms, and were made in different materials. Silver trumpet is a distinct Hebrew musical instrument, and is used by the high priest to announce a war or a festival. The flute is composed of several pipes; it is one of the simplest and most ancient types of instruments.

*This article is republished with permission.
​