​How Music Affects Your Buying Habits
by Tania G. French 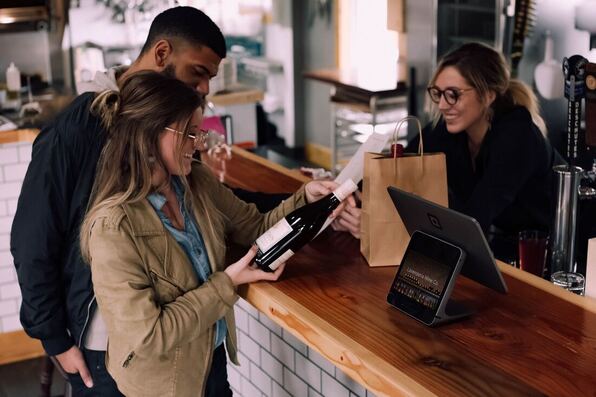 If you think music doesn’t affect you, you’ll be changing your tune after reading this. This is a true story of a recent study from Leicester University in England.

You’re off to the supermarket and decide to stop by some shelves offering French and German wine. You make up your mind to buy a bottle of the French wine.

While checking out, you’re asked why you picked the wine. You respond “The label looked great”, or “I liked the price”. Then you’re asked if you noticed the French accordion music that was playing when you took that bottle off the shelf. You say that you did. Did it affect your choice of wine today? No, of course not, you answer.

That’s funny because on the days that French music is played nearly 80% of shoppers chose the French wine. On the days that German music the Opposite happens.

In other words, this study found that if you bought some wine from their shelves you were 3 or 4 times more likely to choose a wine that matched the music than the wine that didn't match the music.

Guess what these wine-buyers responded when asked at the checkout if the music influenced their choice. Only 1 out of 44 customers said that the music was the reason they bought the wine. That’s 2%!

The influence of the music was Huge but the customers didn’t notice nor believe that it was affecting them. It only took a matter of minutes or seconds for music to get into these people’s brains in a powerful way. Similar experiments have shown that classical music can make people buy more expensive wine.

​​Here’s another study to chew on. Most of us go out to eat at least once a week. Do you know which music makes you spend more when you’re at a restaurant?

In this study, a British restaurant played pop music, classical music and no music over the course of 18 evenings. Average spending prices per person were calculated for the following categories:

They also measured the total time people spent in the restaurant. Here’s what they found.

There was a significant difference between evenings when classical music was played and no music or pop music were played. Classical music resulted in higher spending across the board in all categories. Other restaurants here and abroad have had similar results.

What does this mean? It’s pretty simple. Classical music relaxes and makes you feel good. And feeling good makes you want the best.

That’s why so many successful people listen to high frequency classical music. They know it helps them work better, think better, and get higher levels of energy. They know it won’t deplete them, get them distracted and raise their heart rates, like hard-hitting low frequency music does.

The amazing effect that music has on your mind and body is being proven in study after study. It’s information that should not be ignored. Especially these days, when we’re exposed to music anytime we enter a building.
​
*This article is republished with permission.

Go Back
​Want to have your article here? Write for us and earn cash