The Role of the Violin in Classical & Contemporary Music
by Victoria O'Campo
© JustViolin.org 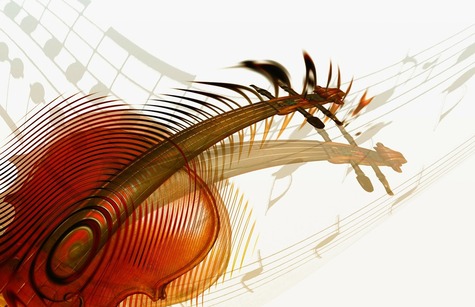 ​When the first modern violin was invented in Italy in the 16th century, it immediately became the universally popular instrument that, to this day, serves as an essential part of musical compositions across genres. In classical Baroque and Romantic orchestral music of the 18th century, the violin provided a significant role in compositions by establishing the central melody, or playing essential elements in each song. With its full sound, universality, and general range of ability, the incorporation of the violin radicalized music of the time. Niccolò Paganini is one violinist of this era who created and popularized many techniques that are still implemented by modern trained violinists. His creation of 24 Caprices for Solo Violin Op. 1 changed the texture and complexity that is accomplished through violin. Paganini is quoted as saying, “I am not handsome, but when women hear me play, they come crawling to my feet.” He recognized the powerful, emotional influence held by the potential of the violins capacity, and aimed to create music compositions and techniques that pushed that potential to its highest.
​
​While Paganini took part in perfecting the skills that expanded the violins capability, modern musicians have also furthered the use of the violin by incorporating them into the layers of instruments used in recorded popular music. The violin became heavily used in the 1960s New York City scene when disco musicians sought influence from classical compositions, and combined it with their knowledge of jazz, house, and Motown. In order to capture the big sound they envisioned, disco musicians relied on elaborate string compositions that intensified the live experience of disco music. “It was a different sound than Tony Bennett, Johnny Mathis or Frank Sinatra,” says Mike Comins, violinist who played for multiple disco artists, including The Bee Gees. “It was a whole different use of strings with tons of notes in a big hurry.” While rarely using violin for feature melodies, disco composers wrote their pieces to intentionally incorporate a cohesive string section. Although their aim was not to have “women crawling to their feet” with their use of violin, the depth created  with the violin and string sections gave each piece movement. Without the violin’s influence on the mainstream, disco music would have been flat and unable to capture the big sounds we recognize as disco.
​
​
​As disco grew mainstream while using the violin, the early R&B soul genre of the late 1960s also decided that the violin was a necessary piece in conveying their symphonic rhythms. America’s struggle to find an  intellectual identity separate from European trends is something that artists and skill-workers struggled with across genres. However, with the creation of soul and R&B, the classical influences took a life of their own. James Taylor even coined the phrase “jazz is America’s classical music.” Soul artists treated their songs like the symphonies of Paganini’s time with their ear for texture and depth. In The Temptations’ “Just My Imagination (Running Away With Me)” released in 1971, violins relished in the spotlight and are considered the most important piece of that composition. Another song off of the same album, “Smiling Faces Sometimes,” use the violin and string section against a fuzzbox guitar in order to create a full sound full of tension, rhythm, and depth that began to bleed into the psychedelic genre. The violin’s rich importance in music history dating back to the 16th century continues to contribute to genres of the modern sound.
​